Your cart is currently empty.
Click here to continue shopping.

I was around 7 years old when my mother first asked me to draw an outfit that she wanted to take to have made. I can remember accompanying her on tedious trips to the haberdashery on a Saturday morning, scouring the markets in the East End of London rummaging through rolls and rolls of fabric until she found the desired cloth for her next Sue Ellen Ewing inspired creation. Then a bus ride to her seamstress in Dalston. This was my introduction to the rag trade.

I began my formal training in fashion at 16 when I started college. I studied alongside masterful elder garment constructors, to this day I carry that education, always thinking about the cut, seams and finishing. I continued my training at University in Manchester. After earning a Bachelors in Fashion. I was drawn to fashion styling and began assisting music and editorial stylists before going it alone. A few years in, I became disillusioned and unhappy. The cutthroat nature of the industry was not a place I could thrive. My mother encouraged me to start my own business. With the money she gave me. I found a workspace to rent in Shoreditch, signed up for a stall in Spitalfields Market and started selling my first Ndygo Genes pieces. After having my first child that inspired Ndygo Child, it prompted me to take a Fashion Photography course so I could get more involved in branding the label. Until the opening of my children’s boutique Knock Down Ginger in Wanstead in 2008. I held on though the recession, but the store eventually closed. It was then I could see a more rewarding and purposeful life ahead, the seeds were planted for my next venture. Weaving all of my life’s passions into one, creating life changing retreat experiences; Les Bohèmes & Spirit of the Creatives and now Ndygo Retreatwear.

Today I work around balancing the needs of a 15 month old baby and tending the growth of the business, like so many inspired women who wishes to make an impact in this transitioning world.

The Story of the Les Bohèmes Print

Thanks for contacting us! We'll get back to you as soon as possible. Thanks for subscribing
Join our tribe! Sign up for exclusive news, collections, and private events.
★ Judge.me Reviews

Let customers speak for us

I have very sensitive skin and get nervous trying athletic wear but the material is really comfortable and the texture is gentle on my skin , while still fitting. I have washed my outfit several times , it is still vibrant as when I received it and everyone compliments me when I wear it. 💅🏾🌞🙌🏾✨

I have very sensitive skin and get nervous trying athletic wear but the material is really comfortable and the texture is gentle on my skin , while still fitting. I have washed my outfit several times , it is still vibrant as when I received it and everyone compliments me when I wear it. 💅🏾🌞🙌🏾✨

So comfortable to work out in. The workout suit is soft, comfortable and flattering. I love the colour and design. 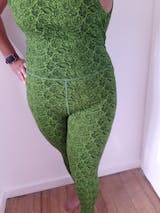 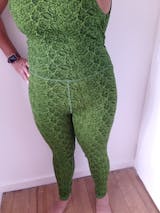